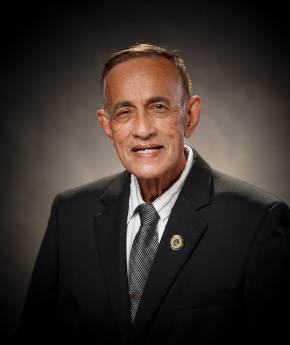 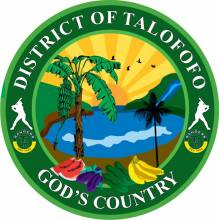 In 1987, the 18th Guam Legislature presented a resolution to then-Chief Taitague, commending him for his development and implementation of a command/sister village program for the municipality of Umatac and Naval Supply Depot, Guam. Mayor Taitague was also an active board member of the Guam Department of Agriculture Farmers Small Loan Revolving Fund. In 1992 he was elected to serve as Mayor of Talo’fo’fo’ for two terms (1992 – 2000). Following his second term, he served as Acting Director for the Department of Agriculturein 2000.

During Mayor Taitague’s first two mayoral terms, he made significant capital improvements including: building a new multi-purpose indoor gym, utilities for the Land for the Landless subdivision, and a new village sewer system; established a southeastern precinct for the Guam Police Department; strengthened village power poles; extended utilities and roads through undeveloped areas; was active in the command/sister village program with the military. Although his term ended, he continued serving the village by sponsoring seasonal functions and activities including Halloween, Christmas, and Easter events; and continues to provide support to residents on a daily basis.

In 2008 he was once again elected as Mayor of Talo’fo’fo’ and has succeeded in consecutive terms, winning the seat again in 2020. The future looks very promising for God’s Country as he anticipates the construction of GFA Soccer Field and Southeastern Police Precinct in the near future. In the spirit of Guam “One Village One Product” Mayor initiated the Banana Festival as a prime source of fundraising to funds unfunded program.

Mayor Taitague sees the importance of continuing his goal to improve the village and is kicking off his next term as Mayor with the theme “Team Talo’fo’fo’”. His plans include, with community involvement and by teaming up, to improve the quality of life of the individual through infrastructural development, improvements, and beautification, and through village programs and opportunities and instilling village pride, respect, and dignity. He looks to restore and keep Talo’fo’fo’’s image as “God’s Country” and a model village of Guam. Mayor Taitague looks to provide support and opportunity to all residents through humanitarian efforts and recognition all the while making the village of Talo’fo’fo’ a better, healthier and a safer place to live.