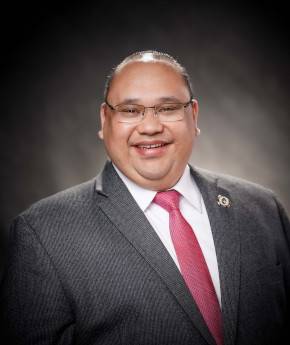 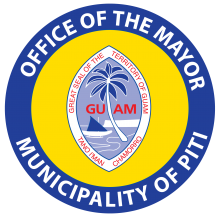 Mayor
Municipality of Piti
Jesse John Leon Guerrero was born on October 17, 1975, the eldest child of Edward Santos Alig and Carmen Cristobal Leon Guerrero. His paternal grandparents are Jesus Guerrero Alig (Familian Liberato) and Natividad Santos Alig (Familian Tibursio). His maternal grandparents are Juan Borja Leon Guerrero and Eduvigis (Bing) Cristobal Leon Guerrero. He grew up in Piti and Tamuning with his brother Daniel and sister Carmelita. They lived in Subic Bay Naval Base, Philippines in his elementary and middle school years, where his father completed Civil Service employment.

Upon his return to Guam, Jesse completed high school at John F. Kennedy High School and attended the University of Guam. Throughout his school career, he was an active volunteer at the Chancery Office of the Archdiocese of Agana and the Assumption of Our Lady Parish. His volunteerism earned him the honor of a private audience with now - Saint Pope John Paul II at the World Youth Day Event in Denver, Colorado.

After college, he dedicated his time in volunteer service to his parish church and community. In 1997, he began government service with the Piti Mayor’s Office for eight years until he sought a sabbatical to commence a floral and event planning business venture, Heaven Scent, that is now celebrating fifteen years. Jesse returned to the Piti Mayor’s Office in 2008. In 2010, he served as Special Assistant to Governor Eddie Baza Calvo. His initial duties included the management of concerns and projects of the island-wide constituency. Throughout his years in the Calvo Administration, he was to oversee protocol matters, The Government House and special island-wide projects of the Governor and First Lady.

Jesse was first elected as Mayor of Piti in 2016. Among his notable accomplishments as Mayor are the creation of a Piti Neighborhood Watch Program, the Piti After School Tutoring and Mentoring Program, the first community based Interact Club, a robust Public Private Partnership, the reinstitution of Piti Baseball and Basketball teams, the relocation and upgrade of the Piti Basketball Court, the repair and upgrade of the Mike S. Tajalle Baseball Field and the establishment of the Scenic Route on Route 6.