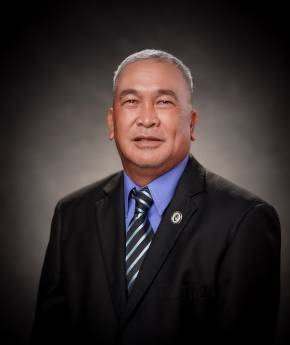 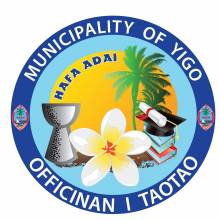 Mayor
Municipality of Yigo
Anthony P. Sanchez is the reared son of the late Segundo Sanchez and Jesusa Sablan Sanchez. His parentsare the late Sigfrido and Rosalind S. de Guzman. He is married to Arleen M. Torres Sanchez and together they have one son, Anthony (TJ).

He worked as an Installer/Repair for the Guam Telephone Authority from 1987 to 1995. He was self-employed from 1995 to 2010 as TJ Maintenance Service. From 2010 to 2012, Mayor-Elect Sanchez worked as a Security Guard for the Oka Towers Condominium.

In 2013, Anthony became Yigo’s Vice Mayor, the village where he was born, raised and where his continued humility and dignity remains unconditional. During his tenure as Vice Mayor, he has formed the Yigo Masters Sports Association (YMSA) to promote, cultivate, and build sportsmanship among our youth and members of the community of Yigo. In his first term, he established the Yigo Night Market. He assisted the previous Mayor with the Yigo Citrus Festival, village cleanup, 5K Run/Walk, Annual Easter Hunt events and supported the Lady of Lourdes Church in previous fiesta activities.

He has given back to the community, by donating to UPI and D.L. Elementary Schools, Yigo Senior Center and monetary donations to SSHS Hu’lu’u Running Club, All Star Baseball Little League, Guam Baseball League, and Guam Packers Football Team. Anthony also coordinated various softball leagues, the Thanksgiving Friendship Basketball Tournament between Guam and the Philippines. He additionally coordinated along with Matson Guam and Guam Baseball Little League a cleanup at Andy South. During the pandemic, he worked to provide those in need, particularly our manåmko’ by providing non-perishable items and by hosting two Grab-N-Go meal events.

Anthony is passionate and is eager to continue serving the people of Yigo, now as its newly elected Mayor, to bring continued improvement and development for the bettermentand for a good quality life for Yigo and her people.