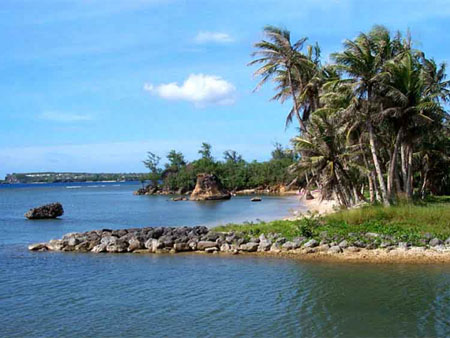 Hågat
Agat (Hagat) village is located on the southwestern side of the island. This area is part of the Haya (Southern) District. Old Agat was built between 1680 and 1684 and was designed by the ruthless Spanish Governor Don Jose Quiroga as a settlement for rebellious islanders whose homes had been destroyed. Many of its first citizens were brought from the interior village of Fena, which had also been wiped out. In July of 1944, the village of Old Agat was totally destroyed by the American invasion. After the war, new Agat sprang up in a location further south and is one of the villages in the south that is now experiencing development and commerce.