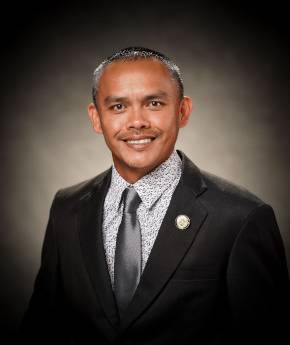 From 1999 to 2019, Peter worked as a Floor Merchandiser for Cost U Less, where he worked his way up to a Merchandise Manager that included additional duties as one of the key personnel of the company’s safety committee. He was the Inventory Management Officer at the Department of Public Works where his job included overseeing the security section from November 2019-February 2020.

Peter John participates and volunteers in different sports events such as coaching youth baseball. He had assisted in community events such as the Special Olympics, coastal cleanups, and shadowed his father in many of Vice Mayoral duties.